Korea Institute of Science and Technology 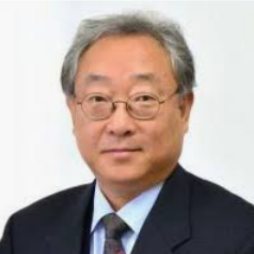 Ick Chan Kwon is a Tenured Principal Research Scientist of Korea Institute of Science and Technology (KIST), a Professor of KU-KIST Graduate School in Korea University as well as Affiliated Professor in Department of Bioengineering, University of Washington Seattle. He is currently a Presidential Scholar at KIST-DFCI On-Site-Lab in Department of Cancer Biology, Dana Farber Cancer Institute and staying at Boston. He received his B.S. and M.S. degrees in College of Engineering at Seoul National University and his Ph.D. in Pharmaceutics and Pharmaceutical Chemistry from University of Utah. After a post-doctoral training at Center for Controlled Chemical Delivery in University of Utah, he joined KIST where he started his research on polymeric nanoparticle-based drug delivery system for antibiotics, anticancer drugs and gene therapy. He also pioneered in a research filed of Theragnosis, by combining molecular imaging and drug delivery system with smart nano-probes. He served as a president of the Korean Society of Molecular Imaging and as an Editor for Asia of the Journal of Controlled Release (Elsevier). He is a fellow of The Korean Academy of Science & Technology and a senior member of The National Academy of Engineering of Korea. He has published over 400 peer-reviewed articles (total citation 19,000, h-index 80 by Web of Science) and delivered 70 invited lectures at International Conferences.